So I finally got around to watching Deadpool last night, and despite being tired of the hype that the Fox marketing team has been shoveling for months now, I found myself thinking that this is probably the best "superhero" movie that they've put out.

If you haven't heard yet (and I don't see how that's possible as their marketing was EVERYWHERE for a few months), Deadpool is a Valentine's date movie about a man who finds out he has cancer and rashly decides that he can't put the love of his life through the pain of watching him die. Over the course of an hour and forty-eight minutes, he realizes that that was the stupidest decision of his life.

Maybe it was the fantastically long lead-in to this movie, or all the hype Disney's stellar marketing team built up around it's release, but I found myself slightly disappointed with their new Avengers: Age of Ultron.

To be fair, this sequel had a lot to live up to. Not only was it expected to top 2012's Avengers, but there have been four other Marvel Cinematic Universe (MCU) movies released between that year and 2015 - Iron Man 3, Captain America: Winter Soldier, Thor: The Dark World, and Guardians of the Galaxy. Then you have the two television shows, Marvel's Agents of S.H.I.E.L.D. and Daredevil. It's a wonder this super franchise hasn't collapsed yet under the weight of it's own continuity.

But predictably, it's now made more than $201M in it's first weekend internationally, and with no real competition until May 13 when Mad Max: Fury Road is released, it looks like it's on track to become the biggest movie of 2015.

At least until Star Wars: The Force Unleashed arrives.

It's hard not to compare Netflix's first Marvel show, Daredevil, with Fox's Gotham. Both are based on superhero comics that are relatively well known, and both are kind of experimental in a way. The former is Marvel's first foray into video-on-demand programming through US Internet subscription service, Netflix, and the latter is a Batman show without Batman. However, both of them share a strong crime drama bent; they focus more on the crime and corruption in their cities, rather than the superhero aspects of their heroes.

After watching 5 episodes of Daredevil, it's hard not to come to the conclusion that Marvel's experiment succeeded, while DC's has failed incredibly.

There are only a few shows that catch my attention straight out of the gate. Even one of my favorite programs of all time, Firefly, didn't wow me when I first watched the pilot episode. So when Hollywood comes out with a winner like this one, I feel I need to spread the word.

iZombie is a series that airs Mondays on CW, the home of other great comic-based tent pole shows, The Flash and Arrow. It's a little different from those two shows in that it's less superhero action, more crime/buddy cop comedy, and that it stars a woman in the lead role.

The story focuses on Liv Moore, a med student who has a happy, stable life with her loving family, sweet fiance, and bright future as a Doctor. One night she decides to live a little and go to a big party she's been invited to. Unfortunately, a zombie decides to crash the party and Liv is among the casualties lying in a body bag on the beach in the morning.

Naturally, she gets back up. 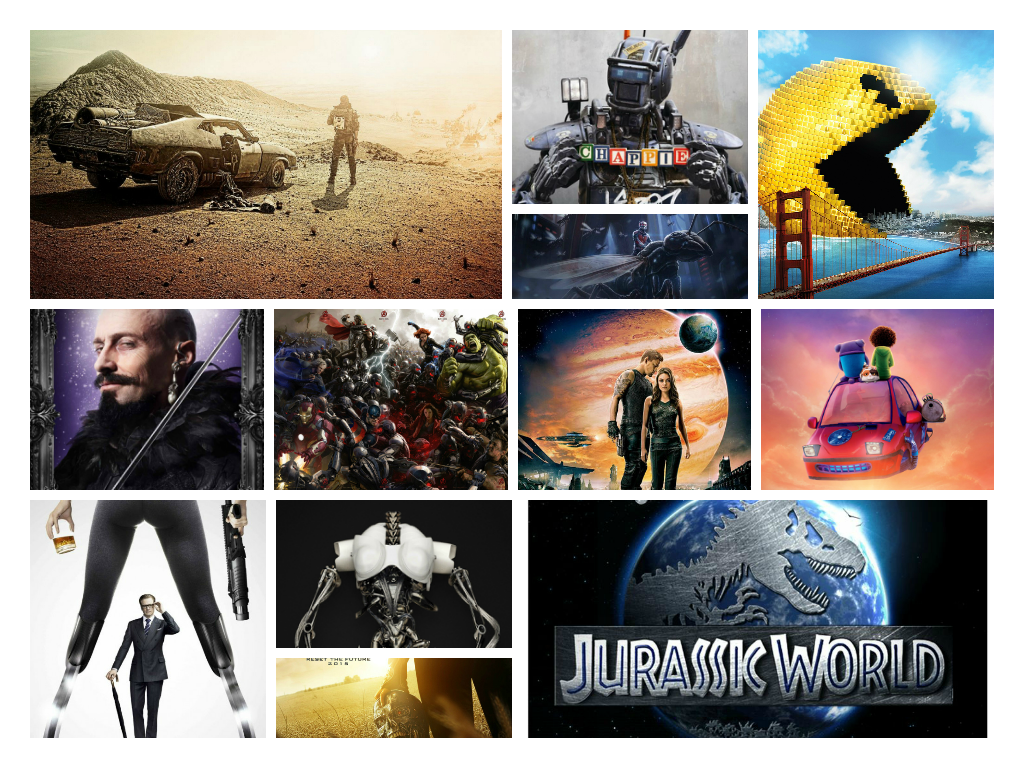 Last year I wrote out every single movie I wanted to see this year at GeekOut.ph. Despite my best efforts, I've only been able to see some of the films I posted about on that article. Some were moved to later release dates (Jupiter Ascending and Tomorrowland), others were put on the back burner after some pretty awful reviews (Teenage Mutant Ninja Turtles and Transcendence), but I was able to see a good number of them in the theater, which is where movies should be watched.

2014 turned out to be a pretty fantastic year for movie lovers. Even if some of the worst films I've ever experienced came out this year (yes, I'm looking at you, Transformers: Age of Extinction and The Amazing Spider-Man 2), some of the absolute best have also been fielded. Captain America: Winter Soldier and Guardians of the Galaxy immediately come to mind, but we also saw Edge of Tomorrow, How to Train Your Dragon 2, The Lego Movie, Big Hero 6, and Dawn of the Planet of the Apes.

Now that the new year is coming up fast, I'm excited to find out what 2015 has in store for cinephiles. So in no particular order, while the Metro Manila Film Festival is clogging up cinemas with (mostly) garbage, let's look at what's coming up.

It's been a couple of years since I was able to visit Komikon at the Bayanihan Center in Pasig City, but last Saturday I was able to stop by after it opened and catch up on the local comics scene. I gave a bunch of my copies of favorites titles away recently so I needed to get some replacements as well.

Word to the wise for next year, it opens at 10am, but unless you're trying to get first in line for something, it's probably better to arrive around 11am so you don't have to wait in line to enter the convention floor.

Mazes & Mutants is one of the best episodes of the most recent Teenage Mutant Ninja Turtles cartoon series. In it, the four turtles decide to play the eponymous game and eventually to cosplay their chosen characters, turning it into a Live Action Role Play or LARP.

Things get hairy when another young mutant, Sir Malachi, decides to turn the role play part into reality with his hallucinatory powers. They have to defeat the dragon, save the girl, and win the day.

With the help of Mikey's +1 Ring of Awesome.

Despite all the awful reviews for Christopher Nolan's new film, Interstellar, I decided to give it a shot and watch it in IMAX. I felt that a movie about space travel really deserved to be seen on the really big screen.

While I'd have to agree that Nolan's film has it's problems, I was genuinely interested in what was happening on screen. The action scenes were very well done, the images very engrossing, and the science not completely Hollywood. Clocking in at 2 hours and 49 minutes, the movie's a hard sell to regular audiences, though, and I'd agree that most won't get as much bang for their buck as I did.

You messed with the wrong guy.

That's basically what this movie is all about. To set your expectations straight, this is a revenge flick. It is a sub-genre of the action category that has recently included films like Taken, Man on Fire, Django Unchained, Old Boy, Munich, The Crow, and hundreds of others. Their unifying theme is that the bad guy always gets his due.

This is really going to be a pretty quick review since there isn't really much to these figures other than THEY ARE CUTE!

If you've seen one Funko Pop! Vinyl Bobblehead figure, then you have a pretty good idea of what they look like. They stand about 3" to 4" tall, have small bodies, and huge cube-shaped heads (something like the "super-deformed" toys that Japan loves to produce). The squarish, hollow heads are mounted on a post with a large spring attached, that in turn attaches to the roof of the head's interior.

You hit the head, it bobbles. Bobble. Head.